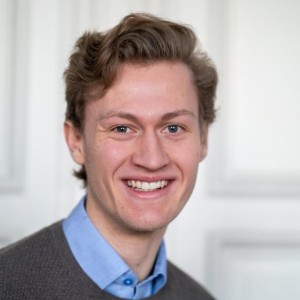 Sustainability has arrived in development

Low-code platforms have changed the way you develop. What is different? How can you talk about sustainability in development when it has nothing to do with the environment directly? We show you an example of the decisive advantage low-code brings to companies and why it will not disappear anymore.

The term “low code” was first mentioned by Forrester, one of the most well-known American companies for market studies in information technology.

Forrester describes a methodology by which the development of applications can be built to a large extent without the manual input of code.

Instead, developers can use visual user interfaces to drag and drop individual components to the right place and then easily configure the settings of each component in an editor. The platform itself then automatically generates the code.

Besides Forrester, Gartner Research Inc, the second famous institution in this field, also began to attribute great potential to low code. Together they managed to promote the idea behind low-code and to bring a new technological age to life.

Low-code is nothing new

The original idea behind low-code was already developed several decades before. Nevertheless, until a few years ago there was no practical solution for the outdated way of writing code.

Every line was typed by hand.

Until some clever minds came up with the idea that you need many identical components for every project.

So why should you always build everything from scratch?

With low code you created a model where the basic framework of the individual components is already built and all attributes only need to be configured. This opened the door to a new era in development, which we can already feel today.

Does sustainability only exist in the environment?

Let’s jump into a completely different topic, which has been on our minds for years and which will be known by far more people than low-code:

The term sustainability originally comes from the field of forest management, where the aim was to replant as many trees as possible and to cut them down so that future generations can benefit from them. In other words, the specific aim was to compensate for the consumption of resources by rebuilding new resources. This is how Dr. Iris Pufé describes it in her contribution to the Federal Agency for Civic Education.

If this definition is applied purely to the company without the social or environmental aspect, it means that today companies must ensure that any investment they make can also generate long-term profits.

You are now asking yourselves: What does this actually have to do with development and low code? Just wait and see.

Is there a connection?

So on the one hand, we have reached an era in development where you no longer have to type every line of code with your own finger, but can only use components that you need and then model them as you imagine them.

On the other hand, there is sustainability, which actually has something to do with the environment and healthy business practices, and where no line of code says anything about development.

Let’s look at an example in the frontend, which is just the visual representation of an application.

“Nowadays, companies have to make sure with every investment that one can also profit from it in the long term”

Let’s assume that I (developer) am supposed to build an application. I have already finished my planning and all the preliminary skirmishes and would like to start programming now.

First I start to think about what kind of elements I need for my site. The list will be long, but let’s take the simplest components: for example: Buttons, boxes with text boxes, the navigation menu and pictures.

So I start typing the first lines of my code to build the navigation menu in my application.

The lower corners should be round, the font size 14, bold… and it should be blue … and cast a shadow. Altogether it takes me almost a whole day until I really like it. My boss has already asked me three times why I am not finished yet.

So far so good. A few hours later I finished the first window of my application. Cool!

Next page – I’ve planned several to make the app work at all. So it starts all over again and see I need a navigation menu again, but this time the content should be a bit different and the whole thing in green, because the page is green too. (Whether this makes sense from a design point of view is questionable)

Smart as a whip go back into the code from the first page, copy me the appropriate section of the code for the menu out, paste it into the new page and change the content and color code to green.

After several weeks of work the application is ready, the project is finished and no one will ever look at this code again. (Yes, of course good applications are always kept up-to-date, but that’s not important now)

A few months and projects later…

The next project is coming up and look the team needs a navigation menu, very similar to what I built back then.

I’m not part of this project and nobody knows that such a navigation menu already exists in our ranks. So what happens?

You can guess it: Someone starts again from the beginning and the boss has to wait a whole day for his navigation menu again. There’s no sign of sustainability here, the resource, i.e. my work, has made a difference in the short term, but in the long run the next developer had to start all over again, why?

Because nobody took the trouble to write down whether similar components already exist or not. So the company pays each component anew for each project.

For me, this is the definition of a waste of money and time, and it’s not sustainable if you follow Dr. Pufé’s statement.

This is how sustainability works

How does low code help now?

Every component I need for my app was already built somewhere, for something. Not necessarily exactly for my use case, but for a similar one.

A low-code platform has a library of components attached to it. These components only need to be configured for my specific requirements and then they are ready to use.

So me and my team don’t have to invest time again for the same component, because the component already exists in the library.

So we learn: development and sustainability can… no need to… belong together.

That means: What you build today, you don’t have to build again in the future… or want… preferably both.

And what does AppGreenhouse have to do with it?

AppGreenhouse is a low-code platform that saves its users exactly this stress. Our library of components saves companies a lot of time and costs, because they can be configured and used for any application quickly and easily. What makes us really special?

Not every platform has every component, at least that’s very hard to believe, so many platforms offer to build the missing components for their customers. After all, this is how you earn money.

But then we would be back to sustainability…

AppGreenhouse’s open-source technology allows users to easily add their own components from previous projects to their library.

Which, as I said:

What you build today, you don’t have to build again in the future.

AppGreenhouse is a low-code platform that has integrated the entire development process. Built for developers by developers.

Learn more about our platform

AppGreenhouse can build your web application far quicker and cheaper than a traditional development team.
Find out more!

Are you planning your next Project?

AppGreenhouse can build your web application more sustainable by saving time and costs with our Low-Code Platform
Find out more!

Low code platforms are the topic of the last 5 years in software development. But little or nothing has changed in the sales arguments over the years. Until now. Here you can find out why AppGreenhouse will change the low code market and shows everyone that low code should be more than just development.

Setting up a company in Germany can be very tricky and time consuming. As the Founder of AppGreenhouse I want to give you valuable tips on how to found a GmbH quickly and what you need to keep in mind.

All contact requests are without obligation. Any information you provide will be handled confidentially.

We look forward to discussing your plans with you!